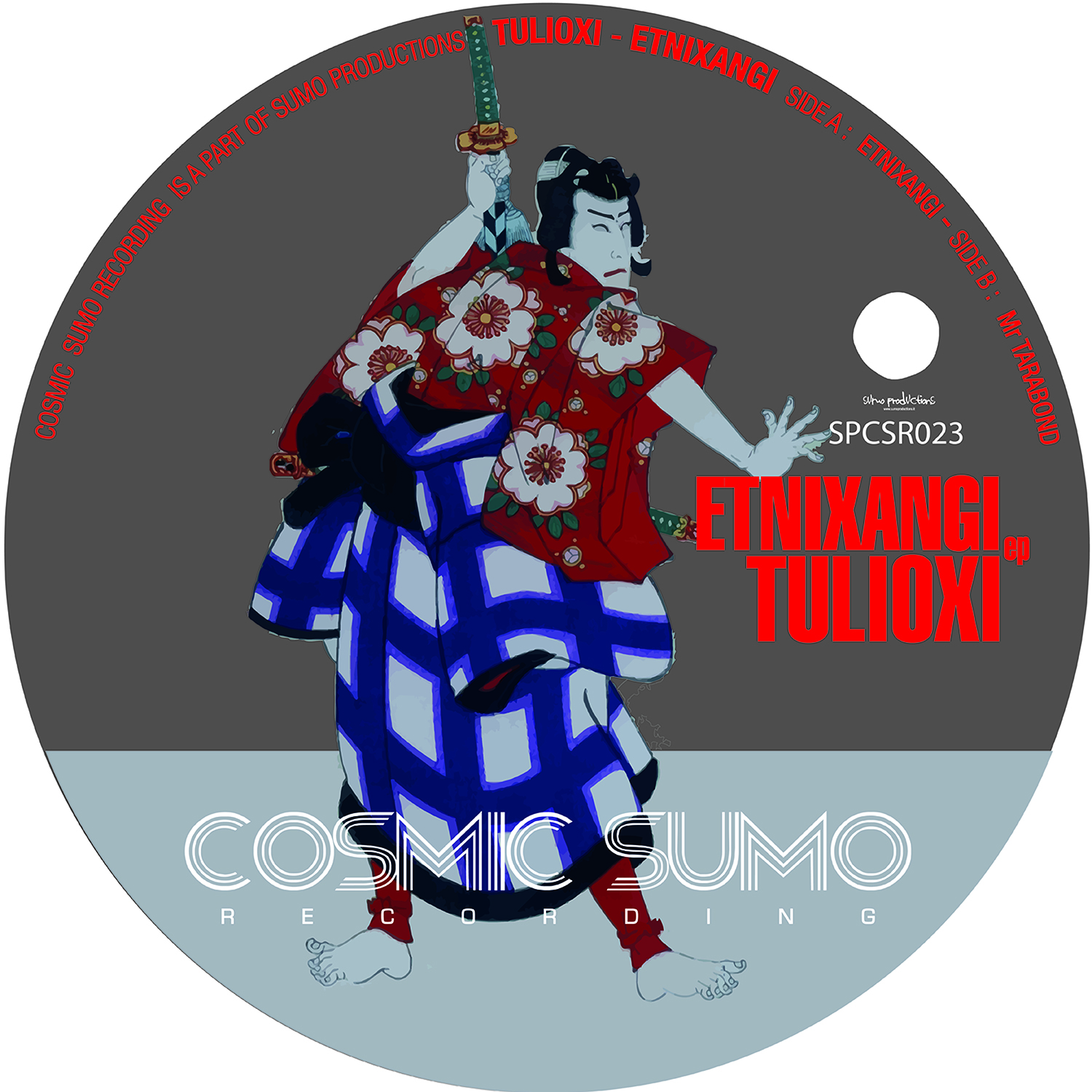 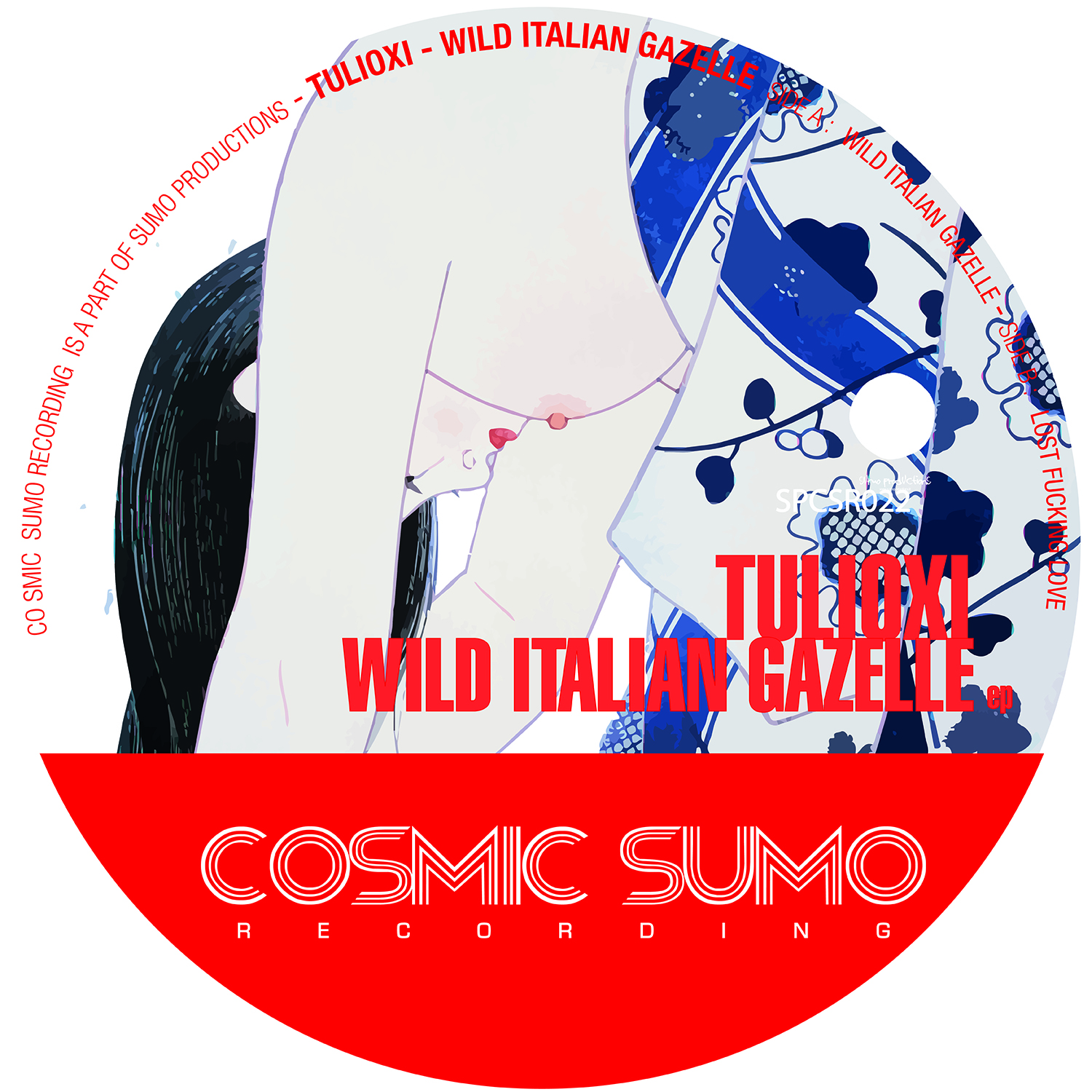 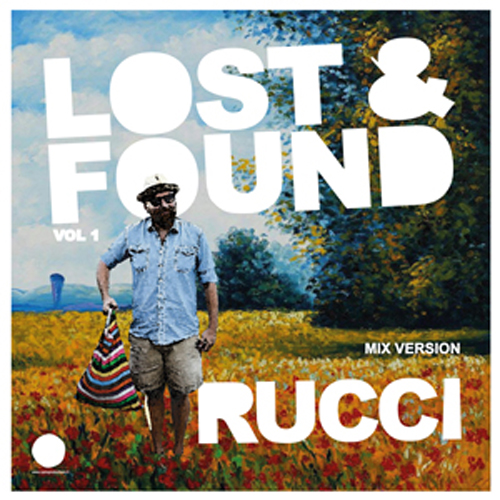 THIS is mixed ALBUM VERSION by LOST & FOUND, THE NEXT ANDREA RUCCI’S ALBUM. AN ALBUM COMPOSED OF HIS CURRENT AND OLD SONGS, dusted AND EDITED FOR COSMIC SUMO REC. BY SUMO PRODUCTIONS 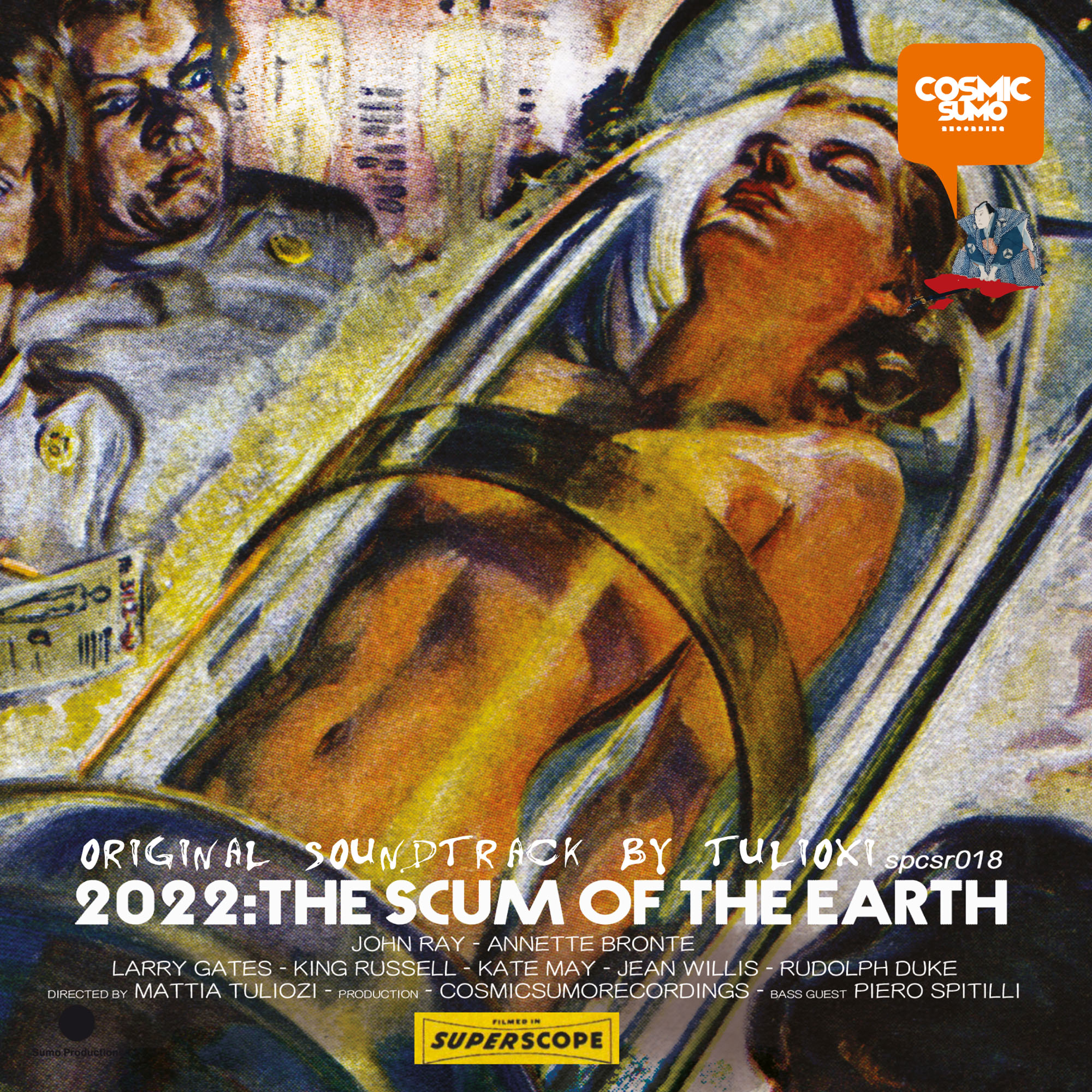 2022: The Scum Of The Earth an imaginary movie soundtrack by TULIOXI

Tulioxi releases for its Cosmic Sumo Recordings a romantic and sentimental project.
His new work is a soundtrack for an imaginary film and like the album’s title suggests, it is a passionate tribute to the Science Fiction of the Post Atomic era, the dystopian future, these raw kind of movies developed from the first half of the seventies until the late 80’s.
Tulioxi recreates a philological itinerary in the texture of a dark film, an adventurous work in which every sound evokes a specific atmosphere, The music of the album marks a narrative path, scene after scene. A tribute to every clichés of the genre.
You just close your eyes and listen to the album. You’ will be able to enter in a story which exists only if you build your own structure of it, your imagination will be the director of every sequence of the movie and every single track of this Album will perfectly fits with your personal screenplay . The late-night arrival in the dangerous city\prison, the struggle for survival in a hostile world, the violent anarchy, the final run into an uncertain future and, in the middle, distant drums, analog brass synths, modular systems, drum machines, neon, acid rain, mutant people, Spices, motorcycles, atomic fallout. All these scenes, all these moments are present in the records and if you shuts your eyes and listen you will be able to enjoy them as if you were at the movies. 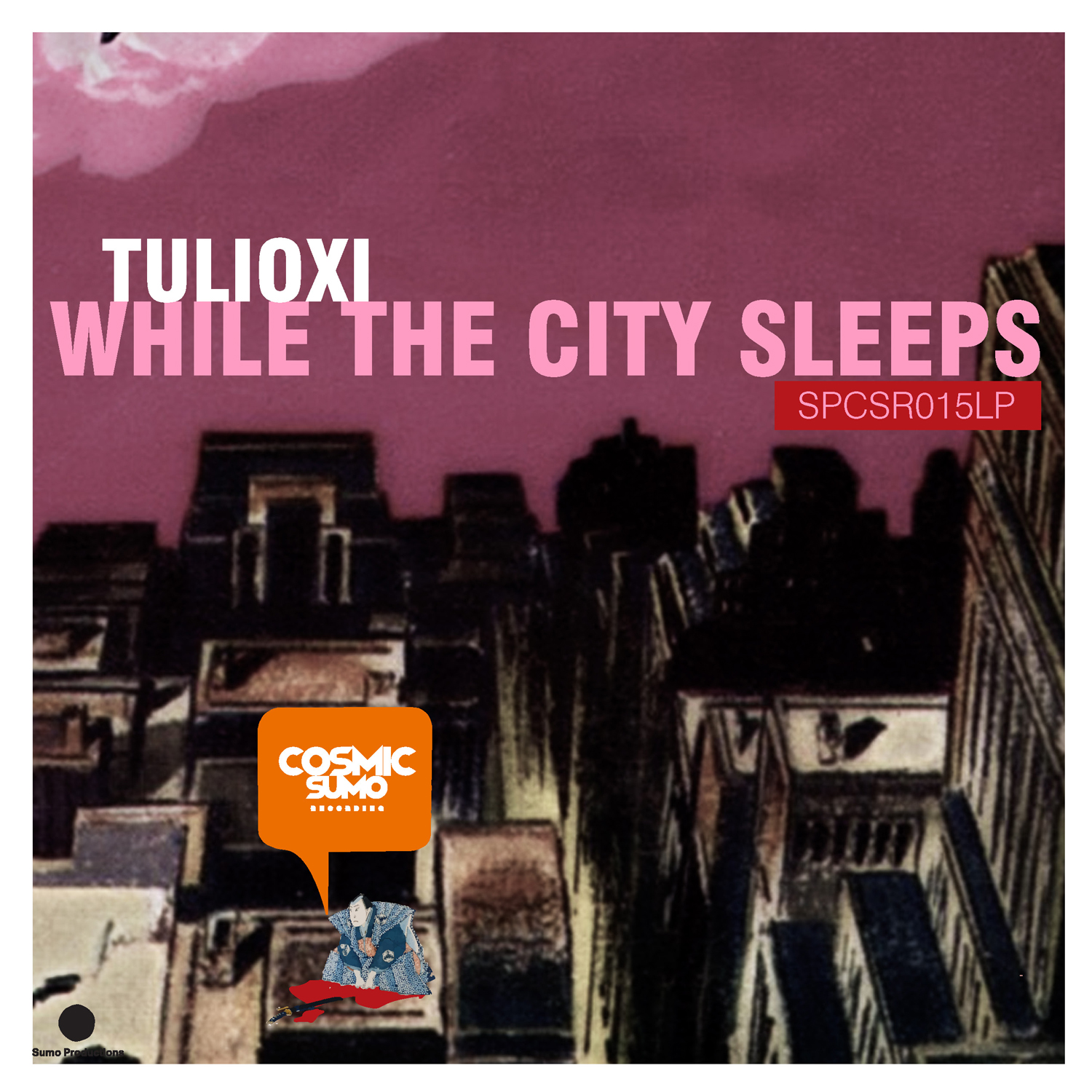 “While The City Sleeps, Tulioxi compose Electronic Vintage music. As soon as the sun comes up you never have the perfect consciousness of what happened in those lonely and calm recording sessions, sometimes you realize that you got a music bomb in your hands and sometimes

you find yourself asking why you were so excited for that poor ugly track you made and you erase everything. Other times, luckily, you just pass to something else and you forget about it.

then, one day you take a moment to listen to your “old” things, forgotten in the archive, together with hundreds of project and suddenly you finds out some little gems that were there waiting for see the light.

This Album is a collection of tracks that tulioxi made in the last 3 years but for a reason or another were never published. 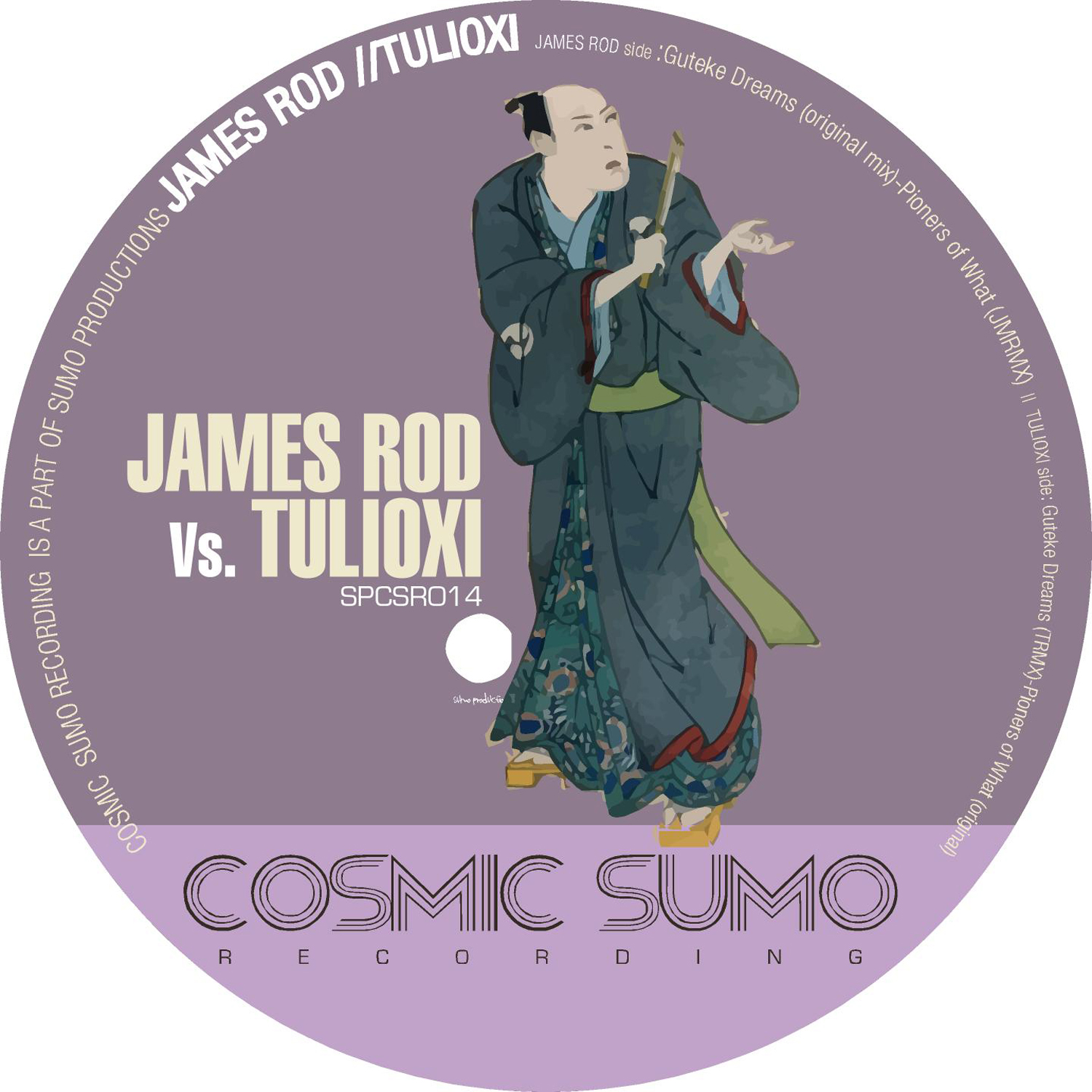 James Rod and Tulioxi brings some of their respective composition skills on this new, exciting Release with the imprint
of Cosmic Sumo Recordings.
The pact between the two artist here is quite clear, everyone drops an original track and the other guy make a remix of it.
James Rod give us a Space Italo Disco gem with rolling rythmics and the huge tipical “rollerskate” bassline, Tulioxi instead push his sounds to the more dirty territory of indie Disco. 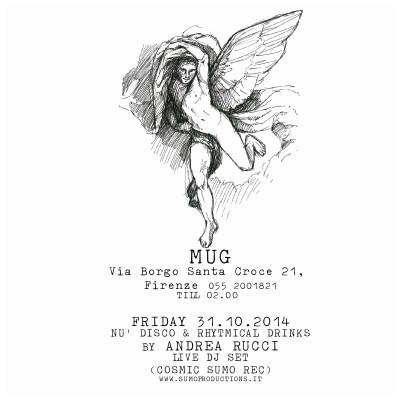 Just for this 1st  appointment Andrea Rucci will try to send everything to the beat put the drinks on the go and will sway yours ass.

Soon a fixture in the lives of the label appointment… 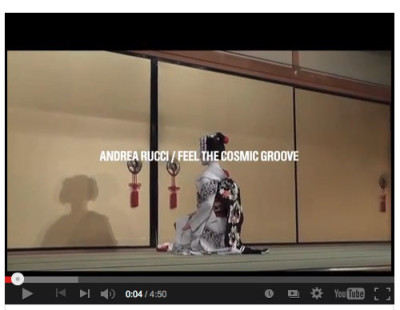 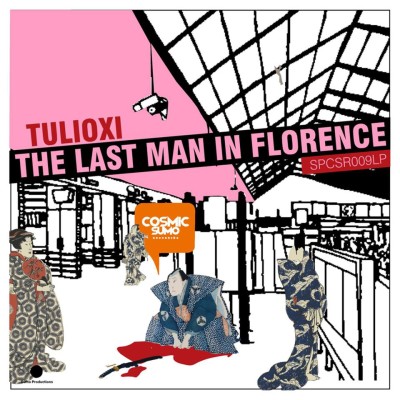 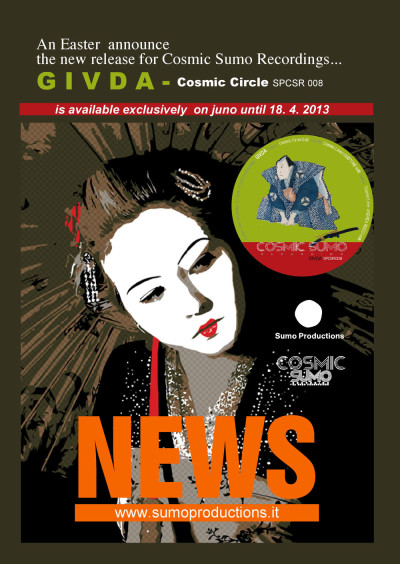 An Easter announce for the new release of Cosmic Sumo Recordings. A release based on nu’ & cosmic disco and will move you in to the world of  GIVDA with the sound of Umberto Saba and Andrea Rucci. ATTENTION !!! The new release G I V D A , with the fantastic edit of Loudtone and Andrea Rucci will be available for the first 15 days only on juno shops. Then in all other shops.

We don’t know much about the identity of G I V D A, but the smart money is on it being a side project of Cosmic Sumo boss Andrea Rucci. Certainly, fans of the Italian producer’s curious analogue mix of psychedelic synths and sparse electronic rhythms will enjoy “Cosmic Circle”. From the audible hiss and vintage drum machine beats, to the proto-acid electronics and fuzzy, alien chords, it’s every bit an old fashioned cosmic disco weird-out. Rucci’s own edit turns it into an intergalactic, robo-disco stomper, while Loudtone channels the spirit of Codek on his wide-eyed rework. 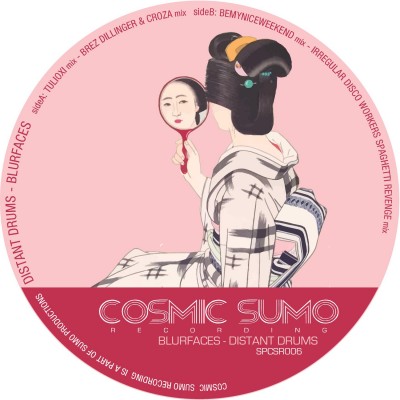 Two pairs of differents faces from the same person, Sumo Cosmic offers you four new tracks based on a common theme, developed in different ways. We have recorded synth pads, arpeggios, bouncing basses, vocoder voices, kicks and weird sounds to make you dance and listen to great music. As you can see this is Cosmic Sumo once again! 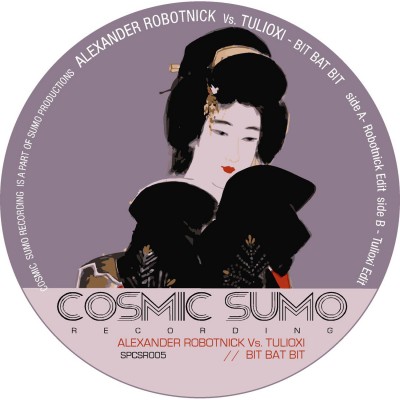 Here we go again with another fine release from Cosmic Sumo Records.
This time our special guest is one of the most influential artist from the international EDM scene.
We are proud to announce our collaboaration with Alexander Robotnick.
As we discover that the distance between Robotnick’s studio and Tulioxi’s studio is approximately 2.7 km by foot, and after having found each other sympathetic they have begun working on two different version of a track called Bit Bat Bit
So here is the result of a so relaxing partnership. Now we Hope that all of this will be, as Caude Rains once said to Humphrey Bogart , the beginning of a beautiful friendship
Cosmic Sumo Records presents:
two tracks that came out from an original idea developed in two different ways

A) Bit Bat Bit (Alexander Robotnick Mix)
Is a pumping Acid Techno version with the Roland TB 303 signature bass line hallmark of the famous Robotnick’s sound, ! with huge chords and sparkling magic effects bouncing from one ear to the other

B) Bit Bat Bit (Tulioxi Mix)
Probably more Funky and sweet, with all of these melodic synths lines and arpeggiators, a romantic journey into Nu disco composed by an huge rythmic sections mixed with cosmic sounds

Cosmic Sumo from ClaM on Vimeo.